A Walk through Southwark 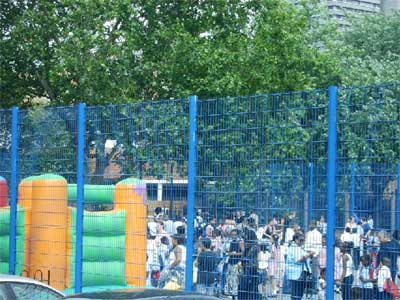 The site is named after Little Dorrit, the main character in a novel of the same name by Charles Dickens, who moved to Southwark in 1824, aged 12, when his father was imprisoned in the nearby Marshalsea Prison. The site was previously Falcon Court, ‘a horrible rookery of tumble-down, dirty hovels’. It became a children's playground in 1902. Improvements were carried out in 2001 by the Little Dorrit Park Group, set up by local mothers. The park is supported by Bankside Open Spaces Trust (BOST). As with many sites on this walk, the backdrop views towards central London are surprisingly stunning.