Not so much a walk, more a guided tour, as JOHN GOODIER introduces us to parks in his home borough. 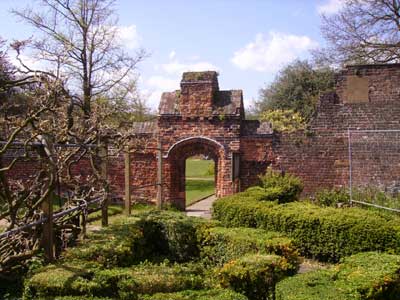 The walled garden at Fulham Palace 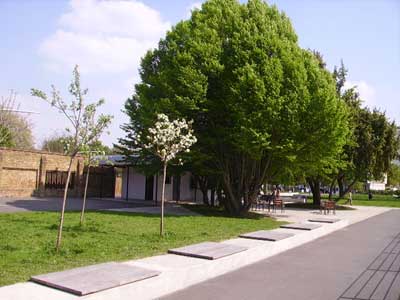 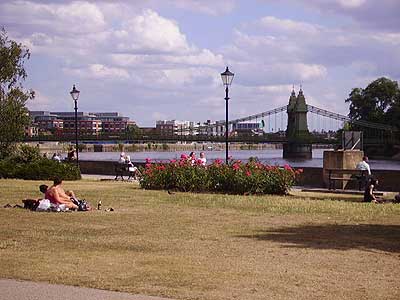 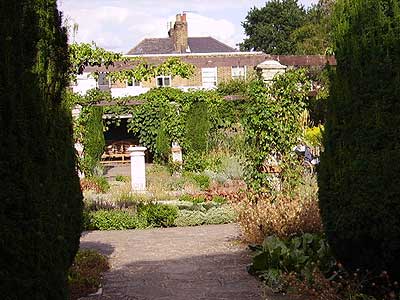 The walled garden at Ravenscourt Park

Through the walks programme and my articles in London Landscapes, I have taken you to or told you about parks all over London; but, apart from two riverside walks many years ago, I have not covered my own borough. So, here is a possible day walk, or cycle ride starting with our most historic, site Fulham Palace.

The palace is surrounded by a moat, which has been filled in but is still more or less traceable. The moat is part of iron-age earth works. The palace is open to the public and contains a museum and café. The gardens include the remains of a walled garden, pleasant lawns and a variety of trees. The palace has recently been restored and the garden is due some work.

Next to the palace grounds is Bishops Park. This occupies land that belonged to the Bishop of London that was, in stages, made into a municipal park around 1893. It has some fine terracotta work round the pond and the children's play area. There are formal gardens near Fulham Church and grassed areas with mature trees further up the river.

South Park, about a mile to the east, beyond the Hurlingham Club, was opened at about the same time and had terracotta work using the same moulds as Bishops Park. The park has two splendid lodges. There are areas of formal planting and well-used playing fields. In recent years it has become rather run down and some of the terracotta has been seriously damaged. However, there are plans to improve the park.

One park that has been improved is Normand Park in Lillie Road. The park dates from the 50s and is in the grounds of Normand House, which was lost in the war The park was completely redesigned in 2008 and includes play equipment, community horticulture beds, seats, lighting and a path with an inscription along one edge.

Our newest park is St Paul's Green, developed about 10 years ago from the churchyard of St Paul's and a car park space left over after the building of the flyover. Strong formal lines of stone and areas of grass reflect both the period of its construction, and the fact that is extremely well used by local workers.

Furnival Gardens, just beyond Hammersmith Bridge, are a Festival of Britain park. It was constructed on land cleared after bombing and includes the old Quaker Burial Grounds as a small walled garden. The main feature is the river walk and, with rowing clubs on both sides of the river, there is plenty to see.

Ravenscourt Park brings us back to an historical site. It was, in the 14th century, the home of Alice Perrers, Edward II's mistress. After various owners, it was purchased in 1887 by the Metropolitan Board of Works and laid out by J.J. Sexby. The Shakespeare garden, now called the walled garden, remains and is well looked after by volunteers. The main landscape is said to be by Repton but more likely in the style of Repton and based on his published books rather than a mythical Red Book. It includes a lake, which is home to a variety of water birds. The house, which served as the public library, was lost in the war; but the stable block remains and houses a café. There are many trees, as avenues along paths or groups. An eclectic planting policy in the past has given the park a wide range of tree species. The Ginkgo Garden Centre occupies land next to the main entrance from King Street and they have contributed trees in tubs to mark the entrance.

Hammersmith Park, in Shepherds Bush, is another post-war park. It occupies that part of the remaining White City land that the BBC did not take for the Television Centre. It is a park in two halves. The southern part contains a Japanese Garden, commemorating and recreating the gardens of the Anglo-Japanese exhibition. There is a rocky landscape with a flowing water feature. This is an example of a travelling garden. The idea is that the varied features make the short walk round the garden as interesting and as varied as a long journey. A sculpture marks the transition form the garden part of the park to the sports part, which has areas for many different sports.

The last area I want to show you is Wormwood Scrubs. This an area of common land. The railway cut the eastern edge off from the main area and it was developed as a park, now known as Little Wormwood Scrubs, with the remains of Counters Creek as a water feature. In time the stream dried up and was replaced by ponds. In the end there is nothing but a slight dip in the ground where the stream was. A play hut and play area for young children were developed a few years ago. The park has been awarded money by the Mayor of London for redevelopment. Like the other parks awarded the money, it has very little by way of structure or facilities. Although in Hammersmith & Fulham, Kensington & Chelsea manage it and is mainly used by their residents.

Wormwood Scrubs remains to a large extent, undeveloped. To the east there is an area of football pitches and the army has rights to use other areas for practice, which they in fact do. The wooded areas have been designated a nature reserve. There is a colony of lizards, a good range of birds and insects and a few mammals. There are a few surprises - in the middle of one of the areas of scrubby wood is an avenue of horse chestnuts, a relic of an attempt to formalise the landscape. There is also a long wall, built by prison labour as a back-stop to the rifle range that the army had here before the First World War. But mainly the scrubs are semi-wild landscape and that is the way they should remain.

There are many other parks in Hammersmith and Fulham. I have picked those that interest me most. Management of the parks has recently been taken over by outside contractors, who are doing a good job. I am very pleased they are tackling the knotweed in Ravenscourt Park, because nothing had been done about it in the last 25 years. Lots of parks are getting friends groups and the council are submitting some parks for the Green Flag Award. So it is an exciting time for parks and their users in Hammersmith and Fulharn. Come and visit us!