Our public parks now have to be maintained with at least a 40% cut in park budgets since 2010, due to the government's austerity programme, as highlighted in The Gardens Trust's recent excellent report. But it's not solely the current political will to reduce taxes and cut central government grants that is threatening them, there are also other development pressures on many parks of which we should be aware and take action if appropriate. One such park is Victoria Tower Gardens directly to the south of the Houses of Parliament.

This is currently the site of an international competition to design a new Holocaust Memorial to accompany several monuments already there and to build a co-located Learning Centre underground. Initially this seems like a minimal intrusion into an existing tranquil setting leading to Westminster Palace. However, looking more closely at the detail a different picture is revealed.

The competition brief clearly states that the new Memorial is expected to attract one million visitors per year. An influx of people of this magnitude will change this small quiet park into a totally different type of place, transforming it into a 'civic space' with all the attributes needed to manage large groups of people.

The brief does specify that the Learning Centre should be located underground which, on the face of it, may sound fine. What's the problem, you might ask, if it's underground no one will see it? Unfortunately, an underground building will not prevent it from completely altering the appearance and character of the park. A long ramp will be required to reach a subterranean entrance, creating a wide ‘moat’ splitting the park. Undoubtedly, all of this will be beautifully designed by the winning practice, and a moving and poignant memorial and learning centre created. Previews of the shortlisted designs in the architectural press certainly depict some impressive schemes. However, all the associated servicing: lift pods, escape stairs, service ducts, vents and grilles will necessarily protrude above ground into the park, while extended paving areas will be necessary to accommodate the visitors, thus replacing large areas of grass. Uninterrupted views to the Victoria Tower are most likely to be impeded.

The proposed development will radically alter both the simplicity and tranquillity of the park, whose character depends on the uninterrupted sweep of grass between the rows of magnificent plane trees, focussing on the Palace of Westminster.

London's parks and green spaces should be valued and respected by government departments and protected as the planning policies implemented by the government demand. It is important that parks and green spaces are not seen as available areas to build upon, or privatise, as with so many other recent examples we have seen. They should remain to be enjoyed as open spaces by the thousands of people who work or live nearby, or who come to the capital as visitors.

The competition website advises the competitors that, 'Most notably, the Palace of Westminster, to the north of the Gardens, is a Grade I listed building within the WHS and within the Westminster Abbey and Parliament Square Conservation Area.' The gardens therefore are a major contributor to the setting of the Palace, as well as being listed Grade II in their own right.

The competition brief also advises, ‘Victoria Tower Gardens has an existing memorial-narrative with a series of monuments associated with democracy: the abolition of slavery, the fight for universal suffrage and civic sacrifice. These are: The Buxton Memorial (Grade II*, 1865), the Statue of Emmeline Pankhurst (Grade II, 1930), and the Burghers of Calais (Grade I, 1915).’ What it doesn't mention is that the site has also been designated as a 'Monument Saturation Zone' by Westminster Council.

The LPGT, alongside the 'Save Victoria Tower Gardens Campaign', is not in any way opposed to the creation of a Holocaust Memorial and Learning Centre, but like them we agree that Victoria Tower Gardens is the wrong place for it. Like the `Save Victoria Tower Gardens Campaign’, LPGT believes that this park is the wrong site for ANY large underground building. It is especially ironic that, despite the recent House of Commons DCLG Select Committee into the threats facing Public Parks, one of the most high-profile ones currently under threat is adjacent to the Houses of Parliament. The finalists for the 10 shortlisted entries should now be exhibited to the public (due for late January) so we should be able to see the proposals and impact on the park.

If you are interested in reading more from the Save Victoria Tower Gardens Campaign, or in signing the petition, please look at their website. 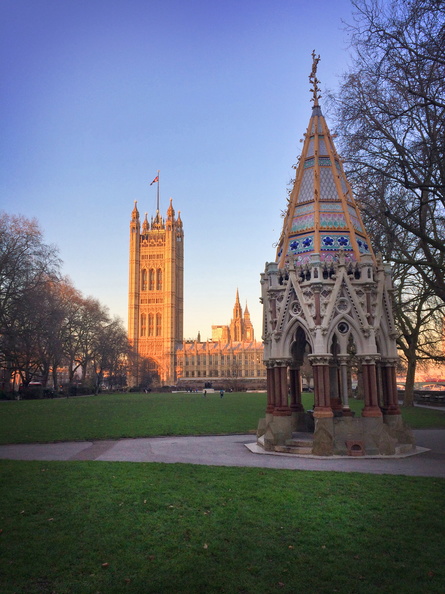 “The London Parks & Gardens Trust would warmly welcome the construction of a new Holocaust Memorial and Learning Centre. We do, however, urge the Government and the Holocaust Memorial Foundation to urgently reconsider the current proposed location.” 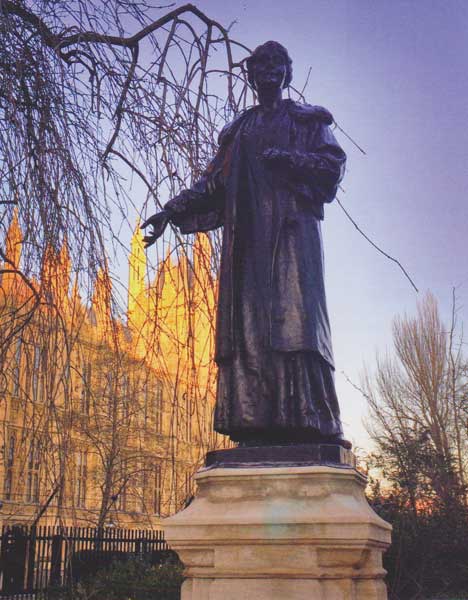